The clues in the name with Kind bars, a nutritional snack bar designed to be kind to your body, your tastebuds and the world. For founder Daniel Lubetzky, kindness invariably informed his decisions and interactions throughout his life. When starting his venture, he knew he wanted to build a community on the foundations of integrity and long-term thinking. In an interview with Goldman Sachs, he observed “we’re moving towards a short term transaction-oriented, materialistic way of behaving and that’s not going to make anyone happier or create the most value”.

Lubetzky's been a fierce advocate for value-led businesses, but only those with true authenticity to their claims. He explained “If you really believe in what you’re doing, and you really find a way to give back to your to society, it’ll give you more fulfilment, it’ll give your team more fulfilment, it'll be more energising for your community and more impactful for the world, but it has to be authentic. I think there’s so many scams and so many shallow efforts and people see through it [which] probably hurts the brand because it loses legitimacy.” In Kind’s case, Lubetzky's values are only perpetually substantiated by the work and initiatives they’ve both created, and funded.

“If you really believe in what you’re doing... it'll be more energising for your community and more impactful for the world, but it has to be authentic. I think there’s so many scams and so many shallow efforts and people see through it [which] probably hurts the brand because it loses legitimacy.”
Daniel Lubetzsky
Founder of Kind Bars

In 2015 Kind launched the Kind Foundation, a philanthropic entity with a mission to foster kinder and more empathetic communities. This includes 'Empatico', an inspiring group that’s built a software platform and marketplace to allow classrooms to connect with one another seamlessly, for free. The idea was inspired by neurological research that found that between the ages of 6-11, children undergo crucial character development within which they carefully navigate their place in the world, establishing their value systems, world view and opinions of others. Knowing this period is intrinsic to informing the people we become, Kind funded 'Empatico' to help children to learn how to be accepting of one another, with a hope of also preparing a next generation of leaders “prepared to tackle the world’s problems". By the end of 2020, 'Empatico' aims to have reached more than one million students across 25 countries. 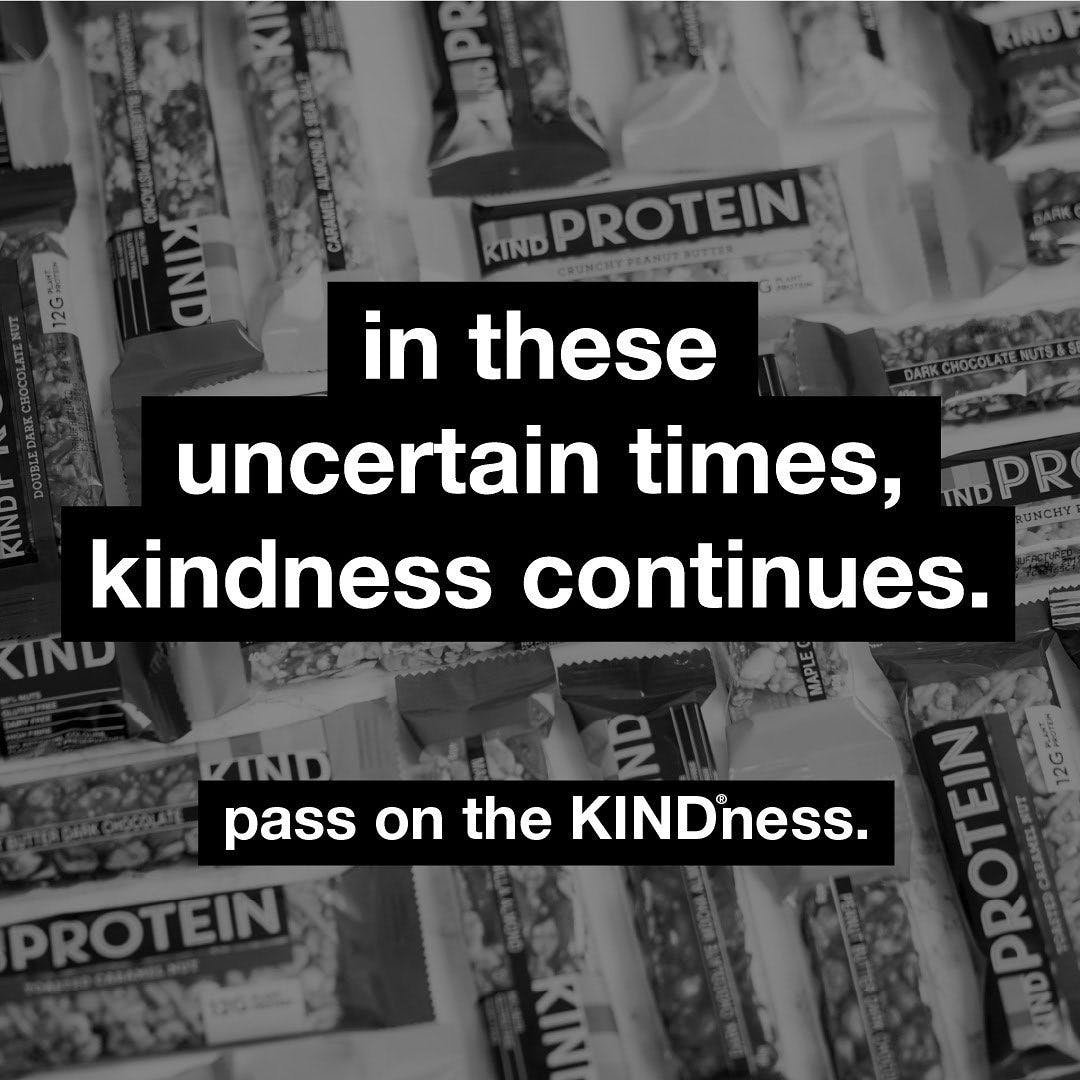 Kind Bar’s embodiment of kindness has shone through each and all of their endeavours, collecting with it a loyal consumer base who share their spirit. With purpose baked into every bar, Kind have become a $2.9 billion dollar company, proving both the human and economic value in standing for what you believe in.